How much can Arnold Schwarzenegger Bench Press?

How can Arnold Schwarzenegger Bench Press this much?

Although Arnold Schwarzenegger is most known for being a bodybuilder, who typically don’t have such large bench presses, there was a reason he could lift so much.

Before bodybuilding, Arnold Schwarzenegger was a powerlifter. He had already won several strongman and powerlifting competitions before he entered the field of bodybuilding.

Many believe this is why Arnold was able to build such thick looking muscle while still keeping a lot of the finer details and overall muscular development.

By performing powerlifting before bodybuilding, Arnold was able to build a good foundation of thicker muscle which made it easier for him to step onto the bodybuilding stage years later.

Does Arnold Schwarzenegger have any advice for bench press?

Arnold has written numerous articles and pieces on the art of the bench press. He has described it as one of the most important exercises for building strength and size in your pecs, front delts and triceps.

However, he believes the real benefits that you get from this exercise derive from your overall form, not raw power. By training your muscles on the bench press in a symmetrical way they will remain a similar size and become more aesthetically appealing.

Arnold Schwarzenegger believes under strict form you should be looking to achieve 8 to 12 reps on the bench press if you’re chasing bodybuilder style results.

For powerlifters he recommends prioritizing keeping your feet planted on the floor to absolutely drive the weight off your chest when pressing up on a rep.

And for maximum overall pectoral development on the bench press, Arnold recommends that you keep your hands just outside shoulder-width apart when you grip it on the bench.

In summary, how much could Arnold Schwarzenegger actually bench press?

Arnold Schwarzenegger could bench press a whopping 500 lbs in his prime and powerlifter days. He could also squat 545 lbs and deadlift 710 lbs.

Those are a powerful top three lifts. People wonder why Arnold was so strong for a bodybuilder compared to a lot of the others out there in his day (and even now to some extent) and it comes down to his history of powerlifting.

Before bodybuilding, Schwarzenegger was a powerlifter. This allowed him to master the exercises and push his hardest to get the most results from himself in the gym.

For bodybuilding, Schwarzenegger recommends prioritizing form and going sets of around 8 to 12 reps. Which is good for overall development.

Another good example of bodybuilders who had similarly huge lifts who had a history of powerlifting before they got on the stage would be Ronnie Coleman.

Testo Lab Pro is an all natural testosterone booster, and is by far the most impressive option that we've come across on the market.

With plenty of clinical studies and research behind it, it's ideal for boosting:

And more, especially when it comes to adding weight to your bench press, and it's also completely vegan.

Paul Pardner is the editor of Bench-Press.net. He is obsessed with lifting weights, and the science of muscle building. Whenever he’s not in the gym attempting to maximize his bench press, he’s online looking for the best ways to optimize his body, strength and overall results. 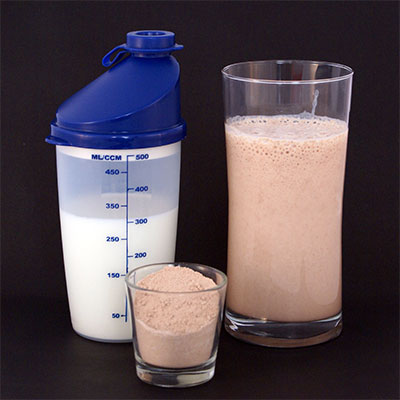